Episode 3 - Through the glass

Progress Report (not really relevant, if you're just here for the story, please skip to 'read more' at the bottom of the page ;) )

Here's the next part, which comes immediately after episode 2 (since now I know where to start with it all it's a bit easier to be more coherent, for the time being). Sorry this had some delay. I was nearly finished last weekend, and then my computer shut down suddenly and the whole Svart file had DISAPPEARED... That's like a writer's worst nightmare. Strangely, once I got over the shock and saw clearly, I realized it wasn't that bad and I got to see my personal calamity as a blessing in disguise. I was really spinning the chapter out too long, getting carried away and just basically messing everything up, so being forced to start over entirely was the best thing that could happen - I don't really have the heart to 'kill my darlings', I guess my comuter felt sorry and decided to do it for me. That part did get better, I think, more concise (which isn't really my thing, unfortunately, I could take some classes on brevity). AND, it's also a case of Serendipity (always wanted to use that word) since thanks to Bagle's handy tips on file recovery (thank you, thank you, thank you!!!!), I found a back-up of 9 out of 12 pages of a book I was working on just before I joined Blogger. The file got corrupted very badly, so I couldn't open it and I still haven't been able to gather up the strength to start over, since it would never be the same and  didn't feel it needed improvement like Svart did. So it just sucked. But now I have the crucial parts back and can pick up where I left off anytime :). I'd post some of it, but it's in Dutch, so, sorry...

And after that, I got sick and I was exhausted for a couple of days after school work, so I couldn't find the strength to write, specially since it meant starting over from scratch (luckily I'd already posted the first chapter, so I at least had a backup of that one). Instead, I did quite some fairy research, some useful stuff turned up which I hope to integrated in future parts (though most of it was suitable for Macy's world rather than Alice's and some of me just confused me or confronted me with my own lack of originality where I thought I WAS being original, which sucks).

Anyway, here is part 2 and part 3 is also done - it on the short side through, 2,5 pages - I'll schedule it for some time next week. Probably Wednesday. I do have to say I'm not entirely okay with this part and the next one yet, but there sort of a rough outline, a first draft. I'm just trying to get from point A to B as fast as possible and then I'll see from there when I'm done so I can rewrite it in the end. Oh, and the titles are pretty random now. The themes they refer to aren't always there yet or emphasized enough. I may call the novel '(The) Nightingale. Chronicles of a revolution' or something like that.

On a more cheerful note, I noticed that readership for the blod - followers but especially page views - have rocketed *dances around like a retard yelling 'whoohoo!'*, so I just want to give a big welcome to all of you who are a new and another big thank you for sticking with me despite all the craziness and irregularity lately to all the regulars. I really appreciate having you guys here giving me advice, I really really really do. I know I haven't been responding to all comments, but I will in due time. Circumstances are making it hard enough to keep up with posting the best I can, so I kind of have to 'eliminate' everything else.

Episode 2 - The Eve Of Battle 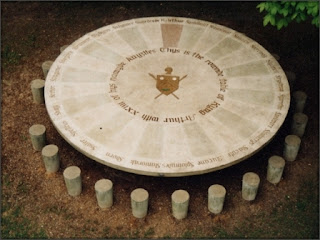 Another novel start, it is getting hard to keep up. I don’t know where to place this exactly, but it may very well be the start of the episode cycle. It is meant to be a little mysterious and vague. It is the onset of a novel, after all, so it has to keep you guessing at the whole story. Song that brought this writing spree on:
I heard it again and got flashes of scenes like this, the other ‘episode’ bits and other parts I didn’t know about before. Hope you enjoy it ;)
Read more »
Posted by Stories Inc. at 07:52 2 comments:

Haunted
I walk the street to the beat of a new low.
It was many mournful moons ago,
even so, I quite regret
all day long, can’t help to fret
wake at night and can’t forget.

I found this one scribbled in the margins of my course notes (to the date of 03/03/11), along with a bunch of other ones. I should keep some sort of inventory...
Inspirations:

And a sudden flash of depression. I read something in the student paper before class that unexpectedly got to me and being stuck in class for a few hours without an escape, I had to write something - anything - to deal with it. I'd just heared above songs on the radio that day, they sort of filtered into the first line. So that's how this little things came to be...

Email ThisBlogThis!Share to TwitterShare to FacebookShare to Pinterest
Labels: poem

Holiday (1) - a short story about 'meeting the parents'

“Oh, dear, you shouldn’t have.” She said. He knew better.
“I wanted to.” He responded benevolently.
She opened the box and her smile froze. She immediately threw the top back and composed herself.
“Well, it’s rather chilly, isn’t it, why don’t you come inside.” And turned away. They exchanged a glance of confusion.
“What did you get?”
“Plum. You’re mother liked plum pie, didn’t she?”
“She’s so allergic to it one bite would kill her. Don’t you ever listen to me? Jeez.”
She disappeared into the house. He scrambled after her.
“Keep smiling, keep smiling.” He muttered to himself.
A deep voice bellowed from inside “are they here yet?” and her father came out to meet them, both stretching out their hand before their glances met. “You!” They cried out simultaneously.
Posted by Stories Inc. at 05:52 4 comments: 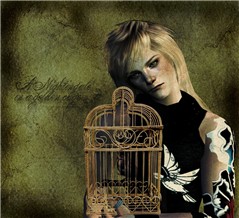 Hush Nightingale
The noises of the city intruded on her in her quiet room.
Sometimes she’d quit staring at the drab white walls and just close her eyes.
She’d pull her knees up on the ground and let her mind follow the cars, the honks and the voices in the streets.
When it got warmer, the sounds picked up and the people outside were cheerful. High voices laughing, chatting and deep wolf-whistles reached her dulled ears and she listened with rapture to the people she could never see.
Once, she nearly tumbled out in an attempt to look down on the street; crawling onto the high window frame, she lost her balance without even catching a glimpse of what went on. She never tried again, contented just to listen to the world below.
On days when the sky was clear and open, the distant echo of music would seep through the windows, too far away to make out the words, but near enough to sway to it, making dreamy pirouettes and turns across the empty floor. She leapt about on the tips of her toes, bending sideways on stretched legs like once was her habit, making figurines in the air. Suddenly she remembered the tones of Tchaikovsky and gently sung, swirling round and round her still room.
She’d often sit hunched in a corner and hum to herself bits and pieces of songs she still remembered, residues of lullabies from her childhood. She’d curl up and suck her thumb, like when she was little and had not a care in the world.
She sat there, by her wall, and drew circles on the plaster, over and over, lining the rays of light as they lowered into the room from the windows. All of a sudden she wondered what her face looked like in the sunlight. She had forgotten.
And then it came back, something demonic, it kept banging inside her head and nearly split her skull apart. She pulled her hair and screamed, covering her ears, pushing them shut until it would go away. It had to stay quiet. ‘Shhh.’ She whispered again and again, her slight shoulders shaking with the heaviness of her load.
She did not go out, no, she dared not and so she stayed, basking in the light unseen, forever, forever, until her limps turned to stone, and with a face like breathing dark-veined marble, she lifted her weary eyes at the windows and slowly dimmed to grey.
Posted by Stories Inc. at 10:59 2 comments: