Macy and the fairies, a bedtime story for children

Hey guys!
How is life? Enjoying spring? I am :)
This is actually the novel I was working on when I joined Blogger, but my skills weren't/aren't enough to complete it. It is set in what I now believe is the Western Kingdom, counterpart of the Eastern Kingdom where my cycle about the three brothers was set (It's in the story list for those who don't know it and got curious ;)). Anyway, it was always my intention to make a short story version for children out of the first chapters and I did. I actually finished it hoping I could give it to Matthew Funk, who has an awesome fundraising project to help the survivors of the Japanese indescribable catastrophe; fairytales for Japan, but I haven't heard back from him and I'm not very patient with not publishing something finished. It's a vice, I know, can't help it.
The story is suitable for all ages, but targeted at children, so I'd appreciate any feedback on whether or not you'd tell this to your (future) children, so I can mend it where needed. I hope to post it on another blog - still in progress - for kids.
And sorry if I'm being terribly slow to respond lately, it's been awfully busy. I really need a break... (from life, so I can finally get my stuff finished and catch up on things that are important). 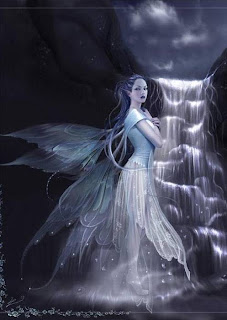